The Island of Mull is renowned for its landscapes, beaches, hills and its wildlife. Its landscapes are varied; from mountains and moorlands to sea lochs and hill lochans, damp boggy marshes to sandy beaches.

Mull and the surrounding islands support a varied range of birdlife. The rarer birds to be seen are the Corncrake (Iona) and the successfully reintroduced White-tailed Eagle or Sea Eagle (do not forget to visit the Eagle Hide at Loch Frisa). Other raptors include Golden Eagle, Hen Harrier, Peregrine Falcon, Kestrel, Merlin, Sparrow Hawk and Buzzard.

Mull has a coastline of some 300 miles long with many tidal lochs. These attract many waders and birds of passage stopping to feed whilst en-route to their summer and winter feeding grounds. Whooper Swan, Bar-tailed Godwit, Greenshank, Redshank, Snipe and Whimbrel are just a few to name.

Large flocks of Teal and Wigeon overwinter on Mull as well as Shelduck, Goldeneye and Merganser. All three Divers can be seen at different times of the year in and around the Isle of Mull: Great Northern and Black-throated Divers on the sea lochs during the winter and Red-throated Diver in fresh water lochs in spring and summer. Slavonian Grebe and occasional Red-necked Grebe can be seen on the sea lochs during the winter months.

There are excellent opportunities to see otters along Mull’s coastal roads as well as sea birds such as Guillemot and Black Guillemot, Shag, Cormorant and occasional Gannet and Great Skua to name but a few. During summer, a boat trip to the Treshnish Isles is an unforgettable experience as you get close to nesting birds such as Puffin, Shag, Kittiwake, Guillemot and Razorbill with as bonus a chance to see Whales or Dolphins. 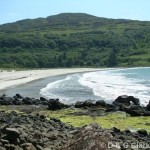 Habitat: Open bay on south side of Mull.

Habitat: Headland overlooking Firth of Lorn towards isle of Kerrara. 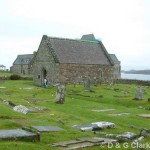 Habitat: Island off E of Mull with sandy bays and cliffs and stacks to the south.

Habitat: Freshwater loch at the N of Mull.

Habitat: Large sea loch with many islands large and small. Bays backed by meadow and woodland. 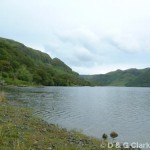 Habitat: Chain of freshwater lochs in the north of Mull. 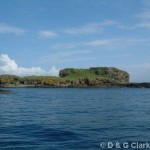