The Hebridean Islands of Islay and Jura are the perfect place for a relaxing break. Islay, the southernmost of the Hebridean Islands, is famed for its malt whisky distilleries and its wildlife. There are no fewer than eight distilleries in operation on the island; and evidence on the ground of two more that are sadly no longer in production. There is also an operational distillery on Jura. In medieval times Islay was the headquarters of the Lord of the Isles, a kingdom that included much of Western Scotland plus the Western Isles and parts of Northern Ireland.

Just north-east of Islay and overlooking the coastline of Argyll is the Island of Jura, one of Scotland’s genuine wildernesses. Its three peaks, the Paps of Jura, dominate the view from the mainland. The interior and entire west coast are uninhabited and the island’s 190 people are hugely outnumbered by the 6,000 deer living on Jura. The Island of Jura is a place of wild natural beauty. Many plants, insects, birds and animal species thrive in the diverse range of habitats. From the scree covered Paps to the heather and blaeberry hillsides. Around the many lochans, through the grass and bog myrtle moorland which adjoins the few small natural woodlands and farmland, along the rugged coastline with the famous raised beaches, historic caves, crumbling cliffs and long stretches of sand to the blue-green sea. These surroundings provide a fascinating range of plant life, which give shelter and food for the many insects and birds as well as the mammals.

Islay wildlife is very diverse, interesting, spectacular, everywhere present and easy to spot. Islay has an impressive 130 miles of coastline which are mainly streches of sand and shingle beach, mud flats and cliffs which can be found on the Oa peninsula, the Rhinns and the remote north-west of the island. Everywhere along the coast you can find seals, otters, birds, even dolphins and sometimes basking sharks. The farm lands are the domain of the almost fifty thousand wild geese (70 per cent of the Greenland population of barnacle geese and 30 per cent of the Greenland white-fronted goose population) that visit Islay each winter from October to April. Islay is also one of the last strongholds of Choughs. The rare Chough can be seen on the Oa, Ardnave and the Rhinns. The farm lands are also home to many lapwings, curlews, fewer corncrakes and many other birds as well as a healthy population of Brown Hare and a &quot;unique&quot; species of Common Shrew and Short-tailed Vole. While on Islay, do not forget to visit the Natural History Centre in Port Charlotte run by the Islay Natural History Trust which has more information on the Geology of Islay as well as checklists of Islay’s Birds, Butterflies and Dragonflies, Mammals and Reptiles and Wild Flowers as well as suggested birdwatching itineraries.

Islay and Jura are also home to many exciting birds of prey including peregrines, hen harriers and golden eagles. 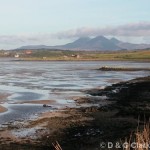 Habitat: Large bay on S side of Islay. 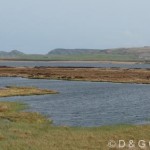 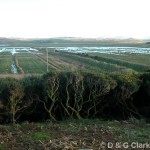 Habitat: Sea loch with mud flats at low tide and flooded fields nearby in winter. 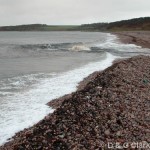 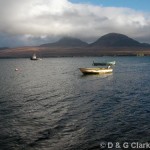 Birds of interest: Look out for White-Tailed Eagle. In the fringe woodlands on the eastern coast species  like Wood Warbler, Garden Warbler , Blackap, Spotted Flycatcher and Lesser Redpoll can all be met with in the breeding season.